STATEMENT BY THE FOUNDER AND WEST AFRICA REGIONAL DIRECTOR 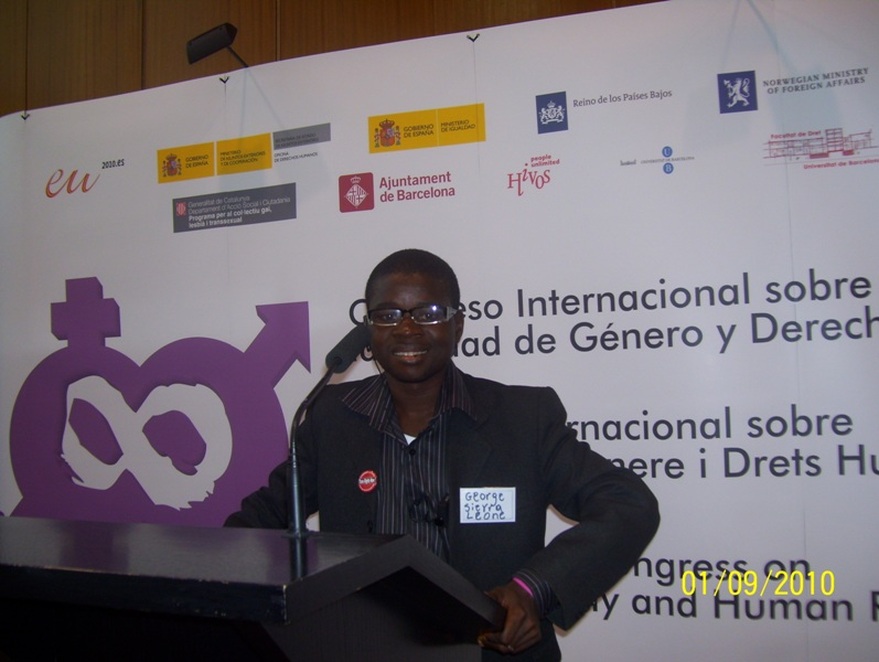 On behalf of WhyCantWeGetMarried.Com West Africa, it is with great pleasure that I extend our warmest greetings to everyone visiting our website.


I want to assure you that, the violation of human rights can be abolished only if we put our shoulders to the wheel and work amicably for the promotion, understanding, respect and equality for Lesbian, Gay, Bisexual, Intersex, Transgender and Queer (LGBITQ) people in Africa, particularly in West Africa.

The fight of breaking down stereotype that exist about different races, religions and sexualities is to identify where the discrimination stems and map out possible strategies that will create an unbiased and fairer society for every person regardless of the age, race, religion, tribe or sexuality.

The fight against violence and discrimination should be part and parcel of our communities’ development policies and should find its rightful place in human rights. Backwardness in development is no longer only an economic issue, but also cultural, political and human problems.

The international community and governments are both responsible for preventing crimes based on sexual orientation and gender identity, particularly for Lesbian, Gay, Bisexual, Intersex and Transgender people as we are vulnerable to the effects of prejudice and hate crimes. To hide or deny the existence of a range of sexualities does not contribute either to the struggle for a world of peace or to respect for diversity.

We ask every person to affirm the principles of universality of human rights and to recognize the acute vulnerability of Lesbian, Gay, Bisexual and Transgender people; to condemn human rights violations based on sexual orientation or gender identity and in so doing helps to save the lives and dignity of millions of us Lesbian, Gay, Bisexual, Intersex, Intersex, Transgender and Queer (LGBITQ) people who face prejudice, ignorance, neglect, violence, suicide and murder.

Yet all the difficulties we face, I have faith that acknowledging of the inherent dignity and respect due to every person can lead to greater respect for our human rights. The liberation struggled in South Africa, where the constitution includes sexual orientation, which shows that respecting human rights can transform society.


Silence creates vulnerability. I urge LGBITQ people, youth development activists, local and international human rights organization, LGBITQ Organizations, Philanthropists, LGBITQ philanthropists, Community Based Organization, Civil Society Movements, Non Governmental Organizations and Governmental agencies to join hands with us so that we can break the chains of violence and discrimination by promoting respect, dignity, peace, understanding and equality to make the world a nicer (fairer) place for everyone, regardless of the age, religion, tribe, race and sexuality.

Let’s always remember, “Change start with a small intention, being put into action, is realized far beyond our imagination”.


Finally, “If we must achieve the Millennium Development Goals (MDGs), Lesbian, Gay, Bisexual, Intersex, Transgender and Queer young people are the greatest investments that will enhance a visible change towards the socio-economic status of the world”.

Thank you for your support,